Rebuilding of the classrooms in Mubuga is now complete. New classrooms are now being built in Mara and Mpembe.

Forty-five sponsorships have already been paid for the academic year 2009-2010.

English is about to replace French as the language used in schools. This could be problematic as teachers at this moment in time would only speak in broken English. Any suggestions on how we could help would be welcomed.

We have now extended our links into Tanzania. An existing classroom in Tanzania has been renovated but planned new building work is being held up by land ownership issues.

The photographs below show children and teachers attending the opening of the new nursery unit in Tanzania and children at work in one of the nursery classes.

If schools are considering projects for Lent 2009, we would be grateful if they could consider our Rwanda project. Our Director, Paul Walmsley will be happy to talk at school assemblies. 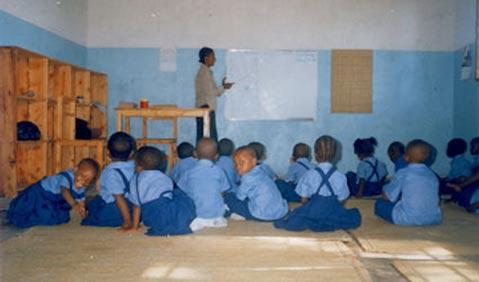 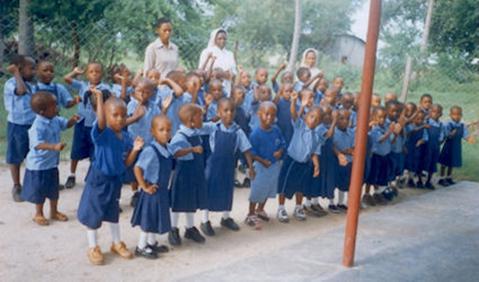